Often God does not lead us along the shortest path to our goal. In Exodus, God guided the Israelites along the longer route, rather than the direct one from Egypt to the Promised Land. What I find so fascinating about being led by God is that [and this shouldn’t come as a surprise to anyone]—God is much smarter than us. In studying Exodus 13:17-18, God has led me to a few revelations. Firstly, passage reads:

When Pharaoh finally let the people go, God did not lead them along the main road that runs through Philistine territory, even though that was the shortest route to the Promised Land. God said, “If the people are faced with a battle, they might change their minds and return to Egypt. So God led them in a roundabout way through the wilderness toward the Red Sea. Thus the Israelites left Egypt like an army ready for battle.

God could have taken them through the land of the Philistines, but God thought instead, “if the people are faced with a battle, they might change their minds and return to Egypt”. We today face the same experiences as the Israelites. God protected them from their own fragility, as God protects us from the same. Secondly, in order to safeguard the Israelites from relapse, according to verse 18 God led them away from the Philistines, by the wilderness toward the Red Sea. It would have been easier for them to have taken the more direct (straight-forward) path; but God knows best. In taking the roundabout way, God led the Israelites through the wilderness [described as desolate, empty and impassable] and was always guiding them.

The final part of the verse says “the Israelites left Egypt like an army ready for battle”. God wanted the Israelites to be prepared for battle, and God’s great wisdom showed that the best way to accomplish this was not through conventional, ordinary or predictable means. God made it a point to prepare them for the challenges they would inevitably endure. And by stopping and studying God’s message to the Israelites years ago, I’ve realised this is the same message to us today. I am guilty of looking for the shortest—and easiest route to most goals but Hebrews 11:1 is a reminder that faith is the confidence that what we hope for will actually happen; it gives us assurance about things we cannot see. The life of faith requires us to embrace the long route, as we are led by God. We must follow Him willingly and trust Him to lead us safely around unseen obstacles. After all, He can see the end of our journey from the beginning and He knows the safest and best route. 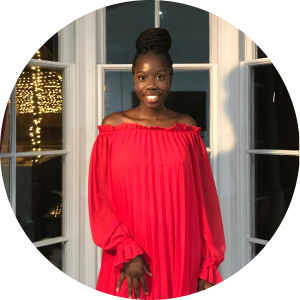 Hey friend! My name is Vivian and welcome to in a new light. I created this blog to share my journey with Christ. I cover all things faith, lifestyle and productivity.